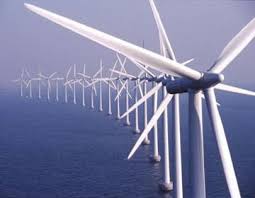 ROCHESTER, NY IS DOING NOTHING TO STOP

In April 2010 we passed out flyers to lakeside Beach Ave. residents warning them that the New York Power Authority (NYPA) was promoting an offshore wind farm in either Lake Ontario or Lake Erie (or both) called GLOW – Great Lakes Offshore Wind. Our April handout warned of major consequences for lakeshore property owner’s should this project take place such as: lower property values, loss of darkness over the lake replaced by flashing bright strobe lights and fog horns on wind turbine towers 450’ high, forever loss of view shed, avian slaughter, boating/fishing restrictions, noise of turbine rotor rotation, lake bed sediment displacement pollution onto your shores and much, much more. This impending debacle can very easily take place in the lake near your Beach Ave. homes and drastically affect your property FOREVER. Greece, Irondequoit and Webster have already passed resolutions opposing the GLOW project. Jefferson, Oswego, Wayne and Chautauqua counties have also passed resolutions against the GLOW project in both Lake Erie and Ontario. NYPA has already designated on its maps – a potential offshore wind farm that is located directly north of Rochester’s Beach Ave. homes. Look on the NYPA website and you will see their maps showing this potential location. Included is Irondequoit, Webster and Greece but they have acted.

THE CITY OF ROCHESTER HAS DONE NOTHING TO OPPOSE GLOW!

We contacted Mayor Duffy’s office via email in late November 2009 asking the mayor to contact us to discuss GLOW and while we received an automatic email reply that someone from the mayor’s office would contact us – we are still waiting! We passed out flyers in April 2010 to Beach Ave. lakeside property owners and nothing happened. We contacted, via email on July 28, 2010, Rochester city council member for the Northwest District (includes Beach Ave.) Carla Palumbo and never received the courtesy of a reply from her – should people like her be in elected office? We are proud to inform you that your Monroe Co. Legislator Rick Antelli has done much to oppose the GLOW project and we highly commend him.

Five wind developers have submitted proposals for the GLOW project but NYPA won’t release any details on their locations – keeping this in total secrecy until its too late to change. Several people and organizations have submitted Freedom of Information (FOI) law requests to NYPA to find out where the GLOW projects might be located and ALL requests have been rejected. Not only that – NYPA has ignored the FOI laws on answering appeals as well. NYPA has nothing but contempt for the NYS FOI laws. NYPA is a dysfunctional organization headed by downstaters seeking to trash our Great Lakes for their benefit. The NYPA supported Long Island wind project touts how their offshore turbines will be well out of sight of the landowners – how nice for them and not upstaters. Google NYPA CEO Richard Kessel and read what comes up – would you trust this man?

Here’s what Mayor Duffy had to say about the GLOW catastrophie in a Aug 20, 2010 Democrat & Chronicle article:

Rochester Mayor Robert Duffy said he believes passing resolutions of opposition is short-sighted. “We need to look at this for the long term and explore this,” he said. Duffy, who is running for lieutenant governor, said offshore wind farms were desirable as a source of renewable energy and, potentially, a source of jobs and economic growth for the Rochester region.

But, he said he knows people have legitimate concerns about the turbines, especially their esthetic impact. “If they buy a home on Beach Avenue or anywhere along the lake, they want to look out their windows every morning and see the water. I respect that,” Duffy said. “I don’t think we in any way can make a rash decision. If we put our minds together, I bet we could come up with some alternatives and compromises that could produce that first wind farm.”

Very clearly – based on his brief comments - Duffy favors the GLOW project in Lake Ontario and suggests there’s a possible compromise. Our new Governor Andrew Cuomo also favors offshore turbines in the Great Lakes too! Do you think they care about the value of your home or quality of life? There is no compromise for (166) 450’ turbines 2.3 miles offshore from Beach Ave. in the lake. Look for better representatives to run for office next time that will look out for your neighborhood - probably Republicans.

Lastly - NO Monroe County Democrat signed Legislator Rick Antelli’s recent resolution against GLOW when this opportunity was presented in summer 2010. Four Republicans refused to sign too.

Rochester homeowner's you need to take action right now before it’s too late. You MUST get the city of Rochester to pass a resolution against GLOW just as the many other Great Lakes municipalities have already done. You must appear before city council and demand that they say NO to GLOW. 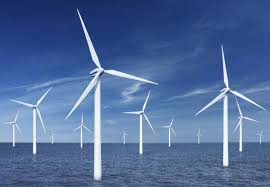 This could be the view from Beach Ave. homes into Lake Ontario in 2015 after the GLOW project has been installed. Will you like seeing the flashing red strobe lights all night long or hearing helicopter maintenance crews and heard the turbine blade whooshing noise these eyesores will generate? This may be avoided if action is taken now - not after it’s too late. Rochester and Monroe County must say NO to this project right now. Share this info with your neighbors and anyone else who values the lake shore! Get to you elected representatives and demand action.

Lovely Warren, another city Democrat, is President of the Rochester City Council and has a welcome message on the web site for city council but we question the true sincerity of the message. Here’s Ms Warren’s text on the City of Rochester web site which says the city council attempts to: “to preserve, protect and improve the quality of life for city residents through the legislation we review and approve”. A local wind opposition group offered her and the City Council, the opportunity to view a wind presentation given to the full city council on why the NYPA GLOW project will harm the city of Rochester and especially the fine homes along Rochester's Beach Ave. in Charlotte. The presentation would last one hour and give a history of how the GLOW project came about, who is involved, it's timeline, what’s already gone wrong, the many negatives involved for the city of Rochester and Lake Ontario, and suggestions for a course of action. There was no charge for the presentation but that didn't matter to city council. It is critically important city council learn about this project immediately since NYPA planning is now taking place that could dramatically affect the Charlotte offshore area and the Genesee River in the city. This project is contrary to Ms. Warren's goals mentioned about quality of life issues for city residents. The towns of Webster, Irondequoit and Greece have already passed resolutions against GLOW (many others have too) as have four NYS Great Lakes counties.

We asked that Ms. Warren contact us by phone or email to discuss setting up a date and time for a presentation or to discuss the matter further. We also asked her to drop us a return email that she received this email offering the program. Ms Warren avoided any personal contact by phone and had city council Chief of Staff, Andrea Guzzetta, contact us by email who said: Thank you for taking the time to contact City Council President Lovely Warren. In your email you requested to make a presentation. Could you please let me know exactly how much time you are looking for and if you need anything for the presentation (smart board, computer, etc). As of now group meetings for the Council are booked through the new year. I do however feel that this is not something at this point that needs to be before the entire Council, instead I think it would be best for you to present to the Jobs, Parks and Public Works Committee.

Please send me the information requested and I will also reach out to Dana Miller, Chair of the Jobs, Parks and Public Works Committee to discuss when a good time would be for the presentation. Thank you and thank you for reaching out to City Council.

So much for the effort to educate Rochester city council! THEY ARE USELESS.

The GLOW project would have no interest to the Public Works committee and Warren knows this. Once again – property owner’s along Beach Ave. do not know that the mayor blew us off, that city council rep. Palumbo ignored us and that city council president Warren sloughed us off too. None of them would take the time to learn about the many negatives the city of Rochester would suffer from the NYPA GLOW project. Maybe they know too much already and can’t waste time listening to the Great Lakes Concerned Citizens.

NYPA knows they would have no trouble with Rochester and that the city would likely sacrifice the beautiful Beach Ave. lake shore neighborhood for the GLOW project and Kessel may have already promised money to the city. Good thing Greece has already said NO as the former RG & E Russell Station link to the grid is critical for the GLOW project. (the Russell Station is now closed and was a coal fired electrical plant, still exists in the town of Greece)

The reader should know that Democrats, federal, state and local, are responsible for efforts to place offshore turbines in the Great Lakes. Andrew Cuomo is among them and so is Robert Duffy. These people would be pleased to industrialize the Great Lakes and destroy the natural beauty and resource for a few dozen mediocre jobs.

Posted by The Announcer at 4:19 PM